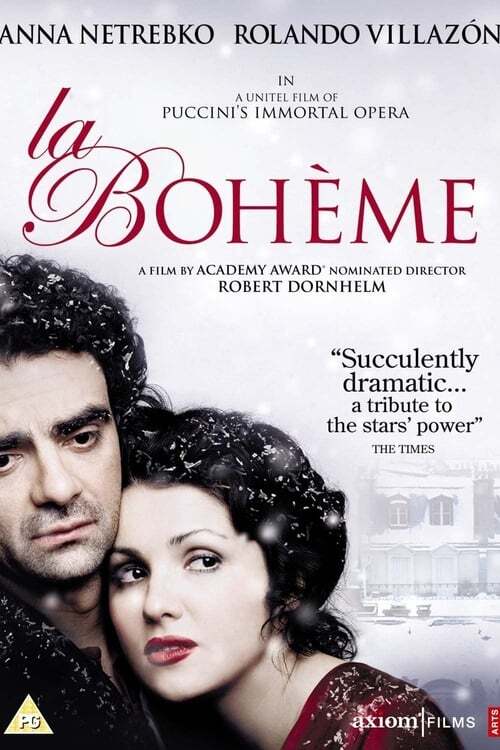 In 1830s Paris four arty types shiver in a garret, owing rent but when one of their number,musician Schaunard,earns money they are all set to buy a meal in a nearby restaurant. Poet Rodolpho stays behind to finish his writing and is interrupted by Lucia,known as Mimi,a seamstress from the next apartment. They are instantly attracted to each other and catch the others up at the restaurant where Rodolpho's painter friend Marcello is re-acquainted with his flirtatious ex-girlfriend Musetta, who dumps her sugar daddy,after getting him to pay everyone's bill,for him. Some time later Musetta and Alfredo are living together,as are Mimi and Rodolpho,but he is aware that she has tuberculosis and is mean to her in the hopes she will leave him for someone who can take better care of her. Eventually she does,Musetta splits from Marcello and the four men resume garret life. They are visited